A friend, colleague, and professor recently posed the question whether we as Christians should defend Christmas or not. His basis for discussion is that Jesus certainly does not need our defense and further, that most Christians who would defend Christmas probably would do so for the retail aspect. Hmmm. Interesting observation. 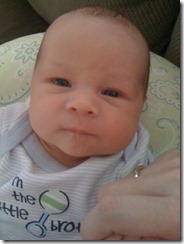 Personally, I think we SHOULD defend it … but simply for the reason of NOT giving up ground (as in a “slippery slope” where the enemy continues to take and take and take until there’s nothing left to take.)

You see, I really can’t defend Christmas as being the birth of Christ because all evidence points to the fact that it is NOT; instead it is a “carry-over” or loan from the ancient Romans and their Saturnalia Festivals … marked by all kinds of tomfoolery and reversals of social roles, in which even slaves and masters switched places.

In fact, Christmas has nothing to do with Christ other than sharing His name.

Hanukkah, on the other hand, is an eight-day celebration of God miraculously providing ceremonially pure oil when the Jews worked to restore and rededicate their temple after it was desecrated by Antiochus IV, King of Syria in the 2nd Century BC. According to Jewish religious writings, there was only enough consecrated oil to fuel the Menorrah flames in the Temple for one day. The oil, however, burned for eight days, which was the length of time it took to press, prepare and consecrate fresh olive oil. (This story is recorded also in 1 and 2 Maccabees in the Apocrypha … which by the way is good historical contextual reading.)

Jesus Himself observed the celebration of Hanukkah (or the Festival of Lights as it is also known as) in the Temple as recorded in John 10:22-39. There are also many who feel that Hanukkah makes the “time of conception” of Jesus within Mary’s womb. This would certainly coincide with similar thought that would place the actual birth of Jesus during the Festival of Tabernacles or Sukkot. Isn’t it interesting that Jesus may have been born during the “Feast of Tabernacles?” (And the Word became flesh, and dwelt [tabernacled] among us, and we beheld His glory, glory as of the only begotten from the Father, full of grace and truth. (John 1:14 NAS) 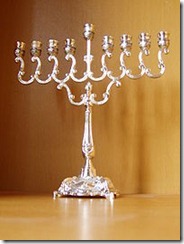 I am not ready to release Christmas to secularist/atheist who would dare to attempt to take one more thing from the Christian world.

Also, in 50 plus years, I have gotten familiar with my own personal traditions connected with Christmas (and I’m pretty sure I’m not ready to give those up.)

But I did make my own feeble attempts to observe and respect Hanukkah this year. (And besides, 8 days of Gift giving/receiving beats that daylights out of one day of such.)

And I’m pretty convinced that Jesus was born sometime in our near Sukkot. 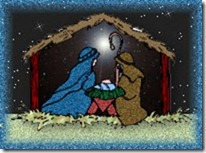 So I guess I’ll do it like this: I will celebrate both Christmas and Hanukkah … and even though Christ wasn’t born on the day we celebrate as Christmas … and even though He really ISN’T the reason for the season, I will continue to honor Him, love Him, and share Him … on December 25 and every other day of the year.